These days, it seems like successful social media posting is all about brevity and speed. Snap a perfect selfie. Craft a pithy Tweet. Share a link of epic proportions with your followers, and move on to the next big thing. In this post-‘n’-go climate, it’s easy to think of blogging as a bygone tool, relegated to timelines in communications text books right after ‘website’ and just before ‘MySpace.’

Indeed, the ‘short-form’ world of social media is where the people are. 71% of online adults also use at least one social networking site, according to the Pew Research Center. In the 18 – 29 age group that number rises to 90%, but percentages of use are healthy across all demographics regardless of age, income, gender, ethnicity, or level of formal education.

This has lead some to think the practice of blogging is heading the way of the Dodo; a report published by the Society for New Communications Research just last month noted a 10% decline in blogging among Fortune 500 companies, for instance. But 21% of Fortune 500 companies do continue to maintain a blog, and others appear to be taking greater advantage of the blog-like features social media networks are providing, in place of traditional blogging platforms like WordPress, Blogger, or Tumblr.

So, it’s not that blogging is dying, but rather evolving into a broader application no longer limited to traditional blog spaces. For instance, LinkedIn rolled out Pulse, a blogging platform for its users, in 2014. It came on the heels of another long-form feature, the LinkedIn Influencers program, which offers a publishing space that’s open only to an elite group of experts who’ve been hand-picked by LinkedIn — think Ariana Huffington and Bill Gates. Through Pulse, any LinkedIn user can create a post, and the top submissions are ranked each day. Instagram (where 33% of the F500 are now active) is a visually striking platform that’s easy to browse on-the-go and share with others … all hallmarks of a well-designed, planned, and written blog, with the added benefit of plenty of room for hashtags designed to reach out to any number of targeted audiences. As such, many users have taken to using Instagram’s caption space to write what amounts to a mini blog post under a photo, photo montage, or video — a quick recipe or how-to, notes from an industry seminar, or a news brief regarding an upcoming product launch, to name a few examples.

Prince Harry released a photo and statement recently via the @KensingtonRoyal Instagram Stream.

Blogging’s best practices can even be applied to Facebook. The format of Facebook’s Notes has been gradually changing to reflect a more sophisticated look enhanced with features unique to Facebook, such as space for large cover images, the ability to tag people and businesses, and to browse Notes written by many different users about the same topic on one screen. Mark Zuckerberg used the new feature just this week to announce the birth of his first child with wife Priscilla Chan, and a subsequent pledge to donate 99% of their wealth to charity. The ‘new Notes’ is only available to personal Facebook users and not yet business pages, but it’s likely to spread across the entire site soon. 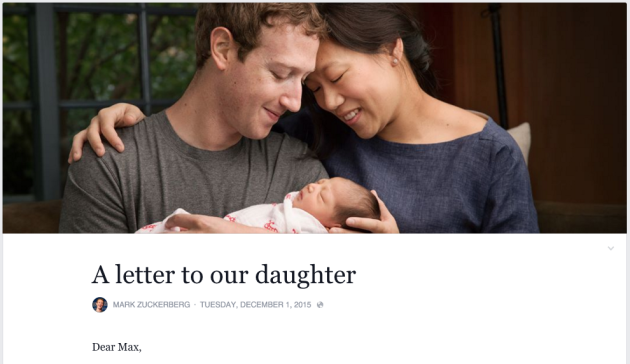 In any form, blogs serve as hubs of online communication and create rich, oft-updated streams of information. They also establish content streams that feed other social networks in the form of shared links, photos, infographics, and other collateral, as well as for e-newsletters, e-books, annual reports, and other communications.

The overall effect of this ‘hub and spoke’ approach to blogging and social media networking is optimized online searchability  — or, to coin a term, findability — for a person, organization, or business. Tweets, Vines, Pins, and Snaps are important morsels to bring to the table, but long-form posts still bring the meat… and there are more tables to stock than ever before.

Jaclyn Stevenson is the Director of PR & SM for Winstanley Partners.