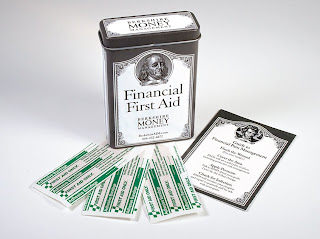 It started with a handful of dead Presidents popping up in newspaper ads: Jackson, Washington, and Lincoln, nursing injuries sustained to them following the 2009 economic crash and making observations like ‘You look thinner. Have you lost money?’

Soon after, the $100 bill’s Ben Franklin was seen on everything from billboards to plastic cups across western New England and New York, sporting a nasty shiner. The result was a lot of buzz for Berkshire Money Management’s new marketing campaign that added innovation to injury and subsequently earned five separate nods from the American Advertising Federation during their regional ADDY competition.