When my son Mike turned 13, a magical thing happened at my house. The Knowledge Fairy arrived under the cover of darkness and sucked all of the knowledge from my head and placed it in my son’s.
Suddenly, Mike was an expert on everything and I knew nothing. Heck, even his friends seemed to know more than I did. How did I fall from grace so quickly?
Now that Mike is in college and about to turn 20, he’s starting to come around to the idea that his old man isn’t an idiot. Now, he realizes that my many years of existence have given me a certain amount of life experience, and therefore, some knowledge. I can still be a fool in his eyes, but more frequently than before, he’s asking for my opinion and advice.
It’s a nice change.
Still, I love to tell the story of the Knowledge Fairy in Mike’s presence – especially when company is around. Let’s face it, embarrassing our teenagers is about the only recourse some of us have these days. Plus, I must give the Knowledge Fairy some credit. If it weren’t for my son’s change in opinion of me at 13, and his subsequent desire to do everything on his own, I might never have discovered social media.
You see, about the same time he handed me a dunce cap, Mike started to turn more inward, and spend much more time online. First it was AOL’s instant messenger, then he became fully consumed by MySpace, and later Facebook.
As any good parent would, I started to hover, trying to get a look at what was so fascinating. That didn’t work out very well, as he would constantly try to shoo me away and ‘minimize’ what he was working on so I wouldn’t know his personal business. Naturally, this only made me more curious.
So what’s a dad to do? This is what I did: I jumped in with both feet and set up my own accounts to find out what all the fuss was about. At first, I didn’t really get it and I certainly didn’t see the value immediately. After all, we adults are so often linear in our thinking. Many of us also have trouble seeing immediate benefit when there isn’t a balance sheet or income statement to back it up.
I can’t tell you how much fun it was when one of Mike’s buddies friended me online and told him about it. The look on his face –“You have a MySpace account?” – was priceless. It was like I had discovered his secret tree house where clueless adults were not allowed.
It took me a while, but eventually I had my social media a-ha! moment. I realized that modern communication had entered the age of social media. I recognized its fluid nature and how it could impact many aspects of our lives. I was blown away by the growing blog movement and its amazing impact on traditional journalism. I was startled by the way online groups were impacting brands – positively and negatively – with brand managers and marketers left to wonder how to engage and tap into the movement.
I also noticed how fast things were happening. According to the social media research and commentary Web site socialnomics.net, radio took approximately 38 years from its introduction as a new medium to attract 50 million users. Television fared better, taking 13 years to reach the
same goal. The Internet reached 50 million public users in four years.
If we take an even closer look at the media world we live in, which includes social networking and increasingly robust mobile technology, the pace is even swifter. Facebook reached 100 million users in less than nine months, and iPhone apps buried that benchmark, hitting the one billion mark in the same amount of time.
What’s more, the statistics of who is using what also lend considerable sway to the social media argument. The ‘kids –’ people like Mike and his buddies – may view social media as an ingrained part of their lives and communication styles, but the fastest growing segment on Facebook currently is 55-65 year-old females. Eighty-percent of all employers report that they use LinkedIn as a primary employee-search tool, and Twitter is expected to have 25 million active users by the end of this year.
From a marketing and public relations standpoint, these numbers alone prove that social media cannot be ignored, but its impact on news delivery is compelling, as well. In January, Janis Krums, a passenger on one of the ferries that rushed to help US Airways Flight 1549 after it ditched in the Hudson River, took a picture of the downed plane as passengers were still evacuating, and posted it to Twitter before any other media arrived at the scene. What some consider to be Twitter’s tipping point followed in June, when allegations of fraud in the Iranian presidential election prompted its government to block the dissemination of news. Protesters used Twitter as a rallying tool and as a method of communication with the outside world, effectively passing messages around the globe in seconds.
While I still sometimes feel like I’m a late bloomer when it comes to social media, I’m so glad I jumped in when I did, to see some of this happen. I’m sure the medium will continue to make history – quickly – and it’s been nice getting reacquainted with the Knowledge Fairy and her bag of tricks, too. I wonder if she’s on Facebook … 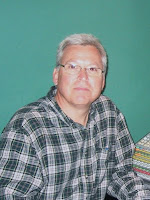 Ron Thompson is the Chief Operating Officer at Winstanley Partners.His favorite quote: “Cross-country skiing is great if you live in a small country.” —Steven Wright
Follow us on Twitter